Woman of the Year Award 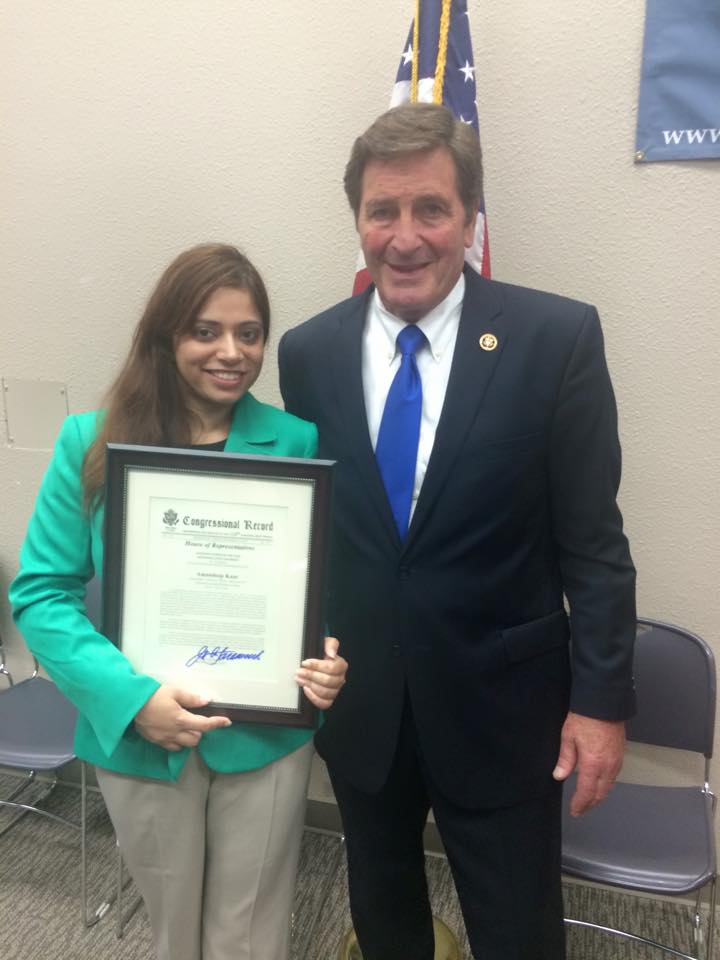 Amandeep Kaur was awarded Woman of the Year Award by Congressman John Garamendi in the third congressional district of California in 2015.

Below are the remarks of Congressman John Garamendi as he delivered them on the house floor in the US House of Representatives. 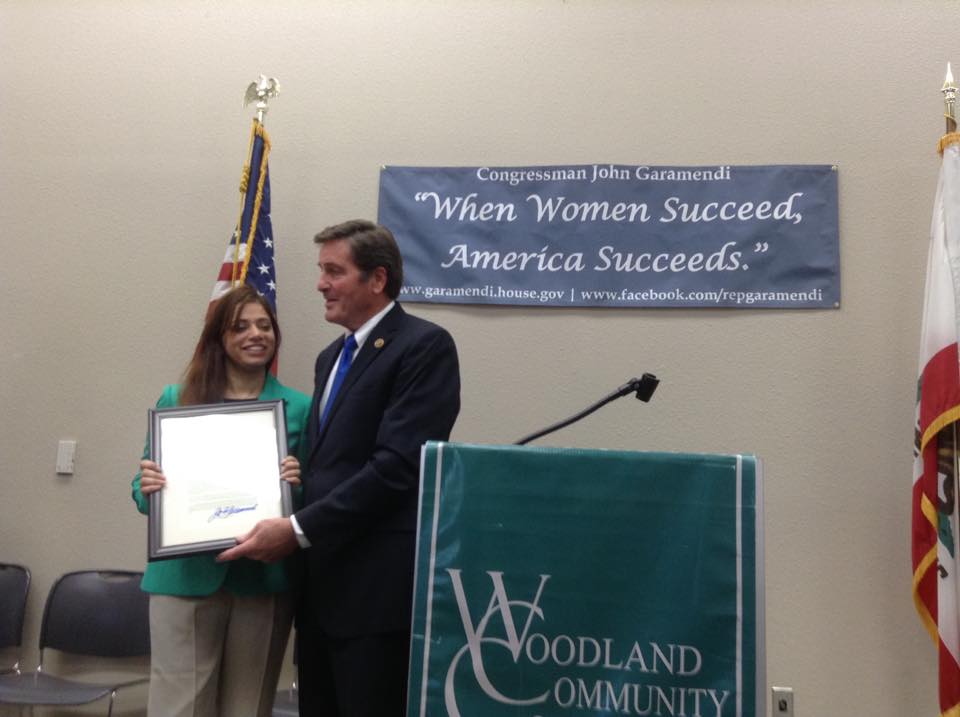 in the house of representatives

Mr. GARAMENDI. Mr. Speaker, I rise today to recognize the work of Amandeep Kaur, an advocate for Underrepresented Student Groups and one of my district’s 2015 Woman of the year.

Whereas, on the Twenty-Second Day of September, of the Year Two Thousand and Fifteen, Amandeep Kaur was recognized as a 2015 Woman of the year.

Whereas, Dr. Amandeep Kaur is Science Fellow to Chancellor Linda Katehi at UC Davis. She is a UC Davis alumna and received her PhD in Physics from UC Davis in July 2014. She is a passionate leader and advocate for underrepresented student groups at UC Davis. She has consistently worked towards empowering underrepresented graduate student groups at UC Davis since the academic year 2012-13. She says that her true calling is public service and making an impact in the lives of people. One of her biggest accomplishments was to advocate for creating more fellowships for international PhD students. Her advocacy led Provost Ralph Hexter to create post candidacy NRST fellowships in the academic year 2013-14 and to implement a new budget model of $2 million in the academic year 2014-15. This outcome has had a significant impact in the competitiveness of UC Davis and has allowed for equity for international PhD students at UC Davis. In May 2013, Amandeep was nominated by her peers and received an outstanding leadership award for her advocacy on behalf of international PhD students.

Whereas, last year, as a Graduate Student Assistant to the Dean and Chancellor (GSADC), Amandeep hosted Diversity Dialogues on Graduate Education, a series of seven discussions on creating strategies to empower women students in Science, Technology, Engineering and Mathematics (STEM), students of color, international students, undocumented students, student veterans, student parents, LGBTQIA identified students, and students with visible/invisible disabilities. Whereas, currently as a postdoctoral science fellow to Chancellor Linda Katehi, she is furthering her advocacy on bridging the gaps for women in STEM through her Empowering Women in STEM (EWIS) initiative. She also believes that graduate students with the right expertise can help policy makers in shaping public policy which has motivated her to create Emerging Leaders in Policy and Public Service (ELIPPS) initiative at UC Davis. One of her goals through ELIPPS is to inspire more students to join public service. She believes in leading by example and is a role model for many students at UC Davis. Resolved, That I Congressman John Garamendi of California’s Third Congressional District, do hereby recognize and celebrate the accomplishments of Amandeep Kaur.

For the US Congress archives of Amandeep Kaur’s award visit here.